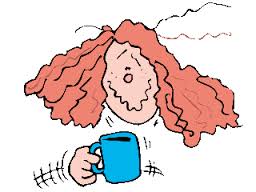 I’ve noticed recently that if I ever get the least bit annoyed with someone, I instantly refer to that person as an asshole.   Incidentally, there are A LOT of assholes around.   Due to the current economic climate in this province, we are constantly being inundated with emails about lobbying the government.  After each email, I refer to the writer as an asshole and delete it.  I’ve deleted so many emails and labeled each author according to his asshole seniority number.  So far, the seniority ends at number twenty five.  Asshole number twenty five sounds like he needs therapy and strong intervention techniques to quell his over-riding anger management issues.  Asshole twelve is immature and requires some English translation lessons.  Of course, this whole thing could be attributed to my over-active sensitivity issues due to the lack of grains in my diet and my heightened need for sugar.  Just sayin’….

I was on Twitter when I noticed that the winner of the Pulitzer Prize in Literature was a book about North Korea and carries the reader “into the most intimate spaces of the human heart” Sounds totally depressing to me. If I ever win a Pulitzer for my awesome book, I won’t be carrying readers to any totalitarian countries that are ready to aim missiles at your head just so the reader could experience it or visit intimate spaces in people’s hearts.  That’s too weird, even for me.  My book would probably cover the wild and wacky world of taxidermy…or the controversial world of flatulence smell reduction underwear inventors…true story.

I’ve realized that I’m totally addicted to caffeine and sugar.  Since limiting my carbohydrate intake to a few spare pieces of fruit and accidental bread crumbs that happen to land on the floor that I invariably fight the dog for, I have noticed my dependency on coffee has risen substantially.  I’ve also become distinctly aware that if I don’t drink said coffee in a timely manner, I become a snarling bitch ready to stab you in the face should you decide to get in my way.  Case in point.  This morning’s conversation with Hubby:

Me:  Can you get in the shower soon please?  I have to get ready too.

Me: *grumble, fuck off, grumble, bitch*

Me:  Can you puhlease get in the shower?  Ugh, I KNEW I should have got in there before you!  God, I was going to, blah, blah blah, blah

Him: For Pete’s sake (Author’s note:  That would be me: I don’t know who Pete is, but for his sake, I should have shut up already)

Him:  I’m getting in the shower now

Me:  It’s about time!  I’ve been waiting…I so should have gone first.  I don’t know why I was….blah, blah, blah…*stocks off to the kitchen whilst the dog is biting my pant leg which leads to dragging said snarling dog along the kitchen floor while I attempt to pour more coffee and continually complain about Hubby’s slowness and lack of consideration for others who have to get to work, dammit*

Him:  Didn’t you hear me?  I yelled I was out of the shower so you could get in since you’re in such a hurry this morning

Me:  NO, I DIDN’T HEAR YOU SINCE I WAS BUSY MAKING YOUR LUNCH AND HELPING TAKE OUT THE GARBAGE AND TRYING TO GET THE FUCKING DOG DETACHED FROM MY PANT-LEG!!

Him:  Okay, you don’t have to get all snippy about it.

Me: Was I snippy?  Hmpft.  You would be too if you had to wait for you to get out of the shower.

Him:  *rolls eyes and leaves*