I already had the title to this post in my head before I even sat down to write it. I already had a few sentences rolling around in my brain before I took up my pen to my journal. I had words like ‘shock’ and ‘dismay’ and ‘the universe sucks, sometimes’. All the while, the world continued to spin and mine had hit a mountainous rock and bumped into a ditch with water seeping into my socks.

Hubby had a heart attack.

It was a shock. That’s what everyone who has experienced this says, isn’t it? What a shock! Not ever something you can predict or say is going to happen, like a car hitting a tree for no reason or a person falling over her own feet or your face suddenly slamming into a brick wall you didn’t see in front of you (I know from experience) …it just happens.

And then, in that moment you have to deal. Deal with doctors and emergency rooms and blood tests and medications you have never heard of before, all in hours of hearing the words “my chest hurts”. It’s overwhelming and terrifying and, pardon the pun, heart wrenching. Your guts hurt, your mind reels and you don’t know what to do first. Should I call someone? Did I turn the lights off in the truck when we parked? Are the kids at work or school? What the hell is my husband doing connected to all these wires? When did we suddenly become a statistic? Today. Today we did.

They sprayed nitro glycerin under his tongue. They took his blood pressure that many times he looked like they were blowing up a tire around his arm. They took his blood. They gave him pills. Baby aspirins. Then needles in the guts. Then more pills. They spoke reassuringly but always with the caveat, ‘you were lucky’. LUCKY?!

Not feeling the luck right now, thanks.

The hardest part was returning home without him. Telling the kids that their father had a heart attack but he was ‘okay’. There were fearful tears, some questions and then son with the biology text book assertions of how he knew exactly what happened and rattled off the technical medical terms that remain in my mind as ‘blah blah cardiac blah blah’. It somehow comforted him to know exactly how it happened and the physiology behind it, because that’s how his brain works. I let him go on.

Days in the Cardiac Care Unit with amazing nurses whose knowledge about the heart and what happens next and which tests will be done, were invaluable and alarmingly accurate. The Cardiologists were professional and kind and repeated the ‘lucky man’ phrase. After the dye test and they put in the stainless steel stent that ‘fixed him’ and he was proclaimed good as new, we found out why he was ‘lucky’. A 95% blockage in one of the main arteries; had he wasted any time getting to the hospital, he would not have been here. At all.

Luck. Not chalking it up to luck, sorry. Some missteps led to some common sense that led us to the hospital. Nothing to do with luck.

The universe still sucks, but at least it left the door open a tad for us to jump on through if we so chose.

Genetics. That’s the term that was flying around his room. What your father went through, you will inherit. You did everything right, but you can’t change where you come from.

But, it was a blow. It was a blow to our ego. It was a blow to everything we had been believing in. We are still young. We are doing things right. Eating well, exercising all the damn time. What the actual fuck, life?! You tricked us. Not fair.

Then the denial. That was evident from the second we walked into the hospital. This is silly. The pain is gone. Let’s not waste their time. All words he had said. Then when the words had been spoken and they laid it out to him, it still took four days for it to resonate as reality.

He returned home with questions and trepidation and a mountain of meds that we had never had to deal with before. Every time I handed him a pill it was ‘what’s this one for?’ and ‘what’s this one called, again?’ It was confusing and scary. I called my ‘hood nurse for insight and reminders and medication guidance and I felt ashamed I had not remembered everything I thought I should have in the hospital, but then again how could I? I’m a mere mortal.

Now we question every little ache and every little move as a possible follow up attack. Is this another one? Is it happening again? Are we doing something wrong? Are the medications not working? WHAT IS GOING ON?!

How are we supposed to?

Moving forward, we resolve to be positive and I’m sure he doesn’t tell me everything because he doesn’t want me to worry, and of course, vice versa. Stress causes damage to the heart. No stress=no damage. At least, in my mind. But is there such a thing as no stress?

I don’t think that’s possible when one is in the midst of raising three child-adults, and there’s uni and work and groceries and running a household and dealing in real life.

Maybe it should be about how to handle stress. We exercise and go for our walks and try to live a healthy balanced life. We take things hour by hour and what happened, happened. We can’t change that. Move on and move up.

This heart attack didn’t just happen to him. It happened to US.

We are dealing together. It’s a long road and we are embarking on this journey as a team. There may be t-shirts in the making. And team logos. And banners. 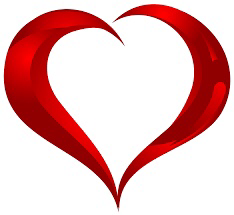 And taking a punch for your teammate.

That’s all we know, now.

Take care of each other…

2 thoughts on “The Long Road”