The forecasters are busy sharpening their pencils and keeping vigil over the radar to see if the blizzard of 2017 will actually happen, or actually float off to sea and forget about us plebeian Newfoundlanders. Snow is inevitable on our lovely Isle, however, THIS IS RIDICULOUS EVEN FOR US. So without staging a riotous panic and running out to get ‘supplies’ (and by supplies I mean WINE), and fighting with the entire population of the Island now lining up at Costco over the last case of KD, I think it’s a good time to run down some necessary information that could prove useful for surviving The Weekend It Wouldn’t Stop Fucking Snowing, or as I like to refer to it, HELL WITH NO CHANCE OF ESCAPE.

10. Keep your wits about you – good advice even when you’re not enduring the snowstorm from hell. Stay vigilant. Stay alert. Stay drunk. It’s pretty much all the same anyway and when that mountain of snow is at your doorstep, simply stay hunkered down under the blankets and close your eyes. SOMEBODY will shovel that shit. Hopefully, you dodged the task by staying blissfully ignorant…and drunk.

9. Keep the lights on – Let’s hope for everybody’s sake that Dark NL is a thing of the distant past, but if not, keep the flashlights handy. Candles are Satan’s flashlights, people, so no going to beddy-by-by with a lit candle. Flameless are better and if not, playing pin the tail on the donkey in the dark IS TOTALLY AWESOME. The kids will love it…just have the first aid kit handy in case the pin goes eyeward….OR, playing cards is great too. MAKE ‘EM GUESS WHAT’S IN YOUR HAND. I guarantee, you will win EVERY TIME.

8. Stay warm – don’t you hate it when you post shit on Facebook about having to endure the WORST SNOWSTORM THE EARTH HAS EVER SEEN and all your friends are posting “stay warm. Stay safe” smiley face-happy-ho-ho shit? Gawd. I’M FREEZING MY ASS OFF, HERE. THERE’S NO POWER, HEAT, OR ELECTRICITY. I’M COOKING HOT DOGS OVER A COLEMAN STOVE IN MY ICE ENCASED FUCKING SHED. THE KIDS ARE NEAR DEATH SINCE THEIR PHONES RAN OUT OF BATTERY POWER AND THE INTERNET IS DOWN…but, Smiley face-happy-ho-ho!! Hugs! Ugh.

7. Activities will save your sanity – keeping everyone busy is key to surviving two+ days of tortuous snowfall and since a lot of moms out there will be THE go-to person for the laments of ‘I’m bored’ and ‘what can we do now’ here is but one idea about how to keep the kiddies busy: Play Find the Neighbours. If they can guess where the neighbour’s house is hiding in the 100km hour winds and the whipping masses of snow THEY WIN. They can get bonus points for guessing which swear words the neighbour is currently spewing at the snowplough driver for putting a mountain of snow back in the driveway. Double bonus points for doing the maniacal laugh of the snowplough driver as he drives by. Another one: get the kiddies dressed in their snow suits, throw them out the back door and play a ferocious game of ‘Find the Barbeque’. If they can locate it within an hour, they get to shovel the deck…USEFUL AND FUN. Not a good game if the bloody thing was put in the shed like responsible people. FIND YOUR OWN GAME!

6. Make sure the electronics are charged – for fuck’s sake, make sure the cellphones, tablets, computers and anything else that requires battery operation is fully charged. If those kids lose an OUNCE of time without ANY OF THIS SHIT you will live to regret it, my friends. Hell has taken on a whole new meaning. Nothing pisses off a kid more than going a few milliseconds without texting ‘LOL, WTF, OMG’ to all of his friends…and their friends… And of course keeping you up to date on how much snow has fallen already and when the next round of ‘nikky-nikky snow-plow-man’ will happen….

5. Radio? WTF is a Radio?! – remember in the ole days when a transistor radio was THE KEY TO EVERLASTING SNOWSTORM LIFE? Without one you were doomed to wonder what was happening outside your door. You were left to imagine the snow was coming to an end, that spring was around the corner, that there was life after forced quarantine by snow. WHO HAS A DAMNED TRANSISTOR RADIO NOWADAYS?! Nobody… besides the conspiracy theorists who are fearing the dreaded Zombie Apocalypse headed our way and are holed up in their homemade bomb shelters armed with rifles and canned goods that they got at Costco THREE YEARS AGO, that’s who. FIND THOSE DAMNED PEOPLE AND INVITE YOURSELF TO THEIR UNDERGROUND CEMENTED BOMB SHELTER. THEY WILL SAVE YOUR LIFE! They will also try to brainwash you into believing the Zombies are coming…so…your choice. Just get a radio and MAKE SURE YOU HAVE BATTERIES IN IT! Gawd.

4. Snacks – I vote for snacks. Nothing makes everybody hungry like being ensconced in a house of horrors for more than an hour, so keeping the cupboard and fridge loaded with crap they can eat will at least shut their pie holes for a few seconds of quiet magnificent bliss. Spoken like a true mother…

3. Make sure the pets are indoors – an important one as you don’t want Spot outside frolicking in the whipping snowstorm then getting lost in a fortress of mountainous snow…now, the kids on the other hand…hmmmm

2. Arts and Crafts – I’ve heard that in order to keep everyone calm and quiet during a storm, that mothers actually participate in activities WITH their kids like arts and crafts and coloring and shit. REALLY?! EXCELLENT. I’ll be over here crafting my wine bottles after I’ve consumed WHAT WAS IN THEM. Here kids, modge podge the shit out of THESE EMPTIES. WHAT A GREAT IDEA. Mommy gets to drink the contents and the kids have activities to keep them busy! NOTHING LIKE QUALITY TIME WITH THE KIDDIES!! I LOVE arts and crafts….

1. Be Helpful – Snowstorms can bring out the best and the worst in people. Take care of yourself and be helpful to your neighbours. If you see Mr. Wilson out attempting to shovel the four feet of snow that landed on his driveway, be a community-minded helpful neighbour and cheer him on. Nothing shows support more than standing in your window with a beer in your hand applauding his useless attempts at battling the Mt. Everest of snow at his feet. Be a hero! Sing the National Anthem as he attempts the first few shovelfuls…he’ll soon come to his senses, throw down his shovel and join you…so, make sure you have beer. I think that’s evident from the first tip. ALCOHOL AND FOOD ARE ALL YOU NEED TO SURVIVE THIS SHIT!

ANYBODY KNOW ANYONE WITH AN EMPTY BOMB SHELTER LYING AROUND?!

I can bring the snacks…and the wine. 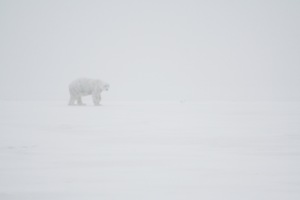 See the polar bear? See him? Me either…