These past few months, I’ve been working on my first romantic fiction novel titled, False Hope.©  It’s been a long haul and I’m still writing and I hope to be finished soon.  I’m to the point now where I’m cluing up the last few chapters.  Below is the final passage that is written from my protagonist’s point of view regarding death and loss.  I thought it was especially true and wanted to share it.  Here it is….

I came to view the emotional tumult of death similar to that of travelling through a tunnel.   My life prior to entering the tunnel as opposed to my life after having walked through it.  My life before the tunnel was full of youthful energy and hope for the future.  I had a new job, good friends and much to look forward to;  then without warning I lost her.  Midway through the tunnel,  I didn’t think I would ever recover from the devastation and despair.  I crawled my way grasping to anything that remotely made sense to me.  It was dark and rank and I knew I had to keep going, but the struggle was so mired in confusion and pain, it was exhausting.  And then I woke up.  After walking through all of the sorrow and grief and loss,  I felt a change within me.  I emerged from the tunnel different than when I had entered.  Things appeared clearer, my understanding of the world around me was renewed and I felt empowered.  I had conquered the most overwhelming loss and yet, I was still standing.  I was still breathing.  It was miraculous to me that after having my guts kicked in by her death, I ceased being doubled over in agony.  It had passed.  It had evolved into an everlasting ache, more than a sharp acute stab.  I could live with that.  The choice to move forward was as much in my power as I willed it to be.  I could have chosen to wither and wallow in self-pity and hide myself from the world, but that would not have been living.  That would have merely been existing and was that any way to honour someone who had died?  By simply throwing myself on the mercy of the earth and grovel away my life, instead of making it count for something?   My choice to stand and move forward was as much for selfish reasons as opposed to anything close to altruistic.  I refused to concern myself with how others viewed my departure from grief and instead focused on how to live with the loss.  It wasn’t going away, there was nowhere for the empty space that was once occupied by a living breathing person to go.  It simply did not get refilled with something or someone else.  It continued to be empty.  It followed me around and became a part of me.  This empty space attached to my leg or my arm or my heart continues be a part of who I am.  Yes, death changed me.  But so did hope.  Hope in its finest form gave me the chance to move forward.  The hope for a better tomorrow, the hope I could find love, the hope I would feel like a whole human being again pushed me to live my life; to re-enter the world with the perspective that I had the power to change what may lie in wait for me.  Good or bad, wrong or right, truth or lie I hoped for more for myself.  Whether that hope was true or false it was worth holding tight to my chest.                                                                                                                                                         -Ashley, False Hope© 2019

I’m still catching my breath from the epic win from the Liberals and the election of a new Prime Minister, that I haven’t had a chance to see fall in all its glory.  The leaves are starting to change from their lush green to their auburn and golden hues and I haven’t been out with my camera to take any pics.  I’ll see if I can do that on the weekend if it’s not pouring out of the heavens.  This is Newfoundland…hail, rain and sun all in an hour.  I took some photos a couple of weekends ago, but the leaves hadn’t changed yet, so not so glorious. 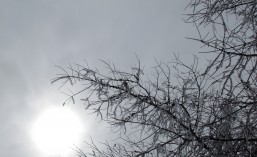 It seems the times they are a’changin’ along with the leaves and I can’t help but feel a little hopeful.  I may not feel a direct sweeping affect from a new government, but the shininess and brightness that has injected itself into our parliament has left me all giddy and schoolgirl-ish.  Ooohhh…what will PM Trudeau do now?  The Americans have pointed out the young handsomeness that is now our Prime Minister and I’m not above pointing out the obvious, as well.  I texted the crowd and pointed out I was pretty damned happy that our Prime Minister was a handsome young guy that we could laud over the world as our new bright young star…it’s a great feeling to be proud of our Prime Minister.  I think we’ve been missing that for a long time. ‘Look at our intelligent handsome PM who is going to stand for the environment and change the way the world sees Canada’…that’s the sentiment and the hope that goes along with it.  Everybody is holding their breath and waiting in the wings, watching the young man shake hands and smile with the people.  Watching him slowly move back into 24 Sussex and get to work. 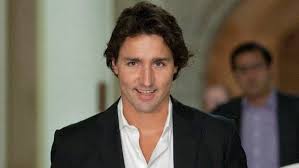 This is our new Prime Minister…I hear you applauding…yeah, I know.

Let’s see if Justin can do it…Let’s see if he can fulfill his promises to make Canada good again.

“Just watch me” says the note that is now selling on Ebay.  The note he wrote in response to the question “Do you think you can beat Harper?”

Oh, we are Mr. Trudeau….We definitely are….

The term ‘disability’ is one I just don’t like. It implies the lack of ability. It also seems to be a subject that few people wish to discuss. Few wish to acknowledge its existence in the world. Let’s close our eyes and pretend not to see the kid in the wheelchair or the one who seems to be playing alone and not want attention. Let’s not focus on the one who requires gastrostomy tube feedings or the one who is blind and hearing impaired. Let’s turn around when the child on the Autism Spectrum is screaming because her schedule has abruptly changed, her routine is suddenly incoherent to her, her safety has disappeared and she needs it back. Now.
Let’s just not see that, or hear that or acknowledge that.
How about we pause for a minute and rethink the decision to not acknowledge or focus or see? How about WE become less disabled in our thinking regarding people with challenges and instead, become more aware, more focused and more accepting?
How about we become more human?
That would be nice. To accept people as they are. To be less judgmental, less lazy in our thinking that because someone has a ‘disability’ that he is less in ability? Less capable? Less knowledgeable? Less human? I don’t think so.
Some of the most creative intelligent people who I have had the pleasure of coming into contact with have been diagnosed with some challenge or another. They find new ways to learn, to cope and to adjust and BECAUSE of their challenge, they become more capable and more creative. They think up new ways to adapt to reading a text book, or interpreting a question or maneuvering their way through a complicated building, even braving a new environment alone.
Nobody’s perfect and we all have our constraints and idiosyncrasies. We all have limits to what we can do physically, emotionally and mentally, but when those limits are made the focus of attention and lauded as something that makes one less capable, less knowledgeable or less of a human being, that’s wrong. No one deserves being made to feel less, of anything.
So, let’s change our language and our focus. Let’s change our attitudes and adjust our thinking just a tad. We are all the same. We all function on one distinct and universal level. We are all human. We all deserve respect and to be treated fairly. We all deserve a voice.
The right to be heard, to be seen and to be recognized as a viable and contributing member of the world is what we all want.
Let’s give those who may need a louder voice, that chance too.