The Brock Turner case has me gutted.  The awful story of the Stanford swimmer who sexually assaulted a young unconscious woman and left her behind a dumpster.  The guy who was reportedly so great, that they posted his swimming times to get you on board with their horribly flawed thinking that ‘he’s an athlete, so he’s awesome and this was a mistake’.  A MISTAKE.  An OOPS.   Thinking an elephant can do ballet in a pink tutu is a MISTAKE.   He raped an unconscious college student. SO MUCH MORE THAN A MISTAKE.   Could have been my daughter.  Or your daughter. She is somebody’s daughter. Amidst the online outrage and social media comments, it’s devastating to think this happened at all.  Heartbreaking for the victim, devastating to think this young man feels that he has a defense and moreover, actually justified in what he did.  And so does his father!  And apparently the male judge.   There is no defense for rape.  It is immoral, illegal, horrendous and WRONG. ALL KINDS OF WRONG.  I read his statement to the judge.  He was sorry for drinking.  He was sorry ‘this happened’.  He was sorry he got caught up in the ‘party culture’.  Never once did he deny he raped the woman.  Never once did he say he was sorry for a total disregard for her well-being, her health, or her safety by dragging her behind a dumpster and assaulting her!!  Never once did he even acknowledge his responsibility.  Everybody else was having sex so he thought he should too?!  Willing or unwilling partner, conscious or unconscious it was all the same.   It was the drinking that made him do it??!! IT WAS A MISTAKE.

There were many injustices with this case, not just the appalling lack of jail time of a mere 6 months which was a slap in the face of victims everywhere, but also the abhorrent disregard for the victim here.  The total lack of empathy for her as a human being was horrifying to me.

I see the tweets from women who are angry and news outlets are running around looking for legal experts who are frothing at the mouth just waiting for their chance to trash the judge who thought it was too hard for the boy who is a great swimmer to spend more time in jail than six months.  And the father who said his son shouldn’t have to pay a huge price for “20minutes of action.”  ACTION??!!!!  WRONG ANSWER. WRONG.  What happened to people?  Has humanity taken a giant leap into the abyss of indifference that we blindly allow our kids to do whatever it is they want without consequence?  Without conscience?  With total disregard for someone else?  Really?

I’m looking at the parents here.  What makes a young man think that it’s okay to sexually assault, physically assault, verbally assault ANYONE, let alone a woman without regard to her as a person?  SHE IS A PERSON.  A HUMAN BEING.  How did he not see that?

THAT IS A BIG PROBLEM.

He did not see her as a human with feelings or thoughts or intelligence.  She was an object to him.  Something he could use at his discretion and toss aside.  Willing or not.  Conscious or not.   There is something wrong when a young man possesses such a level of omnipotence and entitlement to make him believe that anything about this was okay; that it was okay to drag a young unconscious woman to a secluded place behind a dumpster to have sex with her whether she knew it or not.  Consented or not.  Aware or not!   Or maybe he had a hunch that it was wrong, hence the move behind the dumpster thing, but hey, nobody will find out so who cares?  If that was his thinking, then that’s even more disturbing.

Respect for people who include women, children, men, grandparents, was that ever given a thought?  Community obligations?  School?  Friends?  We have to find out what went wrong that made this seem like an okay evening activity for this kid. Where did he get the idea that this was fine?  Acceptable behaviour?  And then not take responsibility for anything.  She was drunk.  I was drunk.  It was a party.  What?!  Young adults and teens have to be made to take responsibility for their shit.  I’m not just talking about school, although that’s a good start.  Be responsible for their friends, for their jobs for their community for their parents’ feelings.  People have feelings, as basic a notion as that is, it’s hard for some kids to even see their parents as people.  The parents.  They tell us what to do.  Tell us where we should be, how to behave, who to hang out with, to clean our room, to be nice to the neighbour’s cat…they also laugh, cry and hurt, feel pain.  Human stuff.   Fact.  Parents are people.  People have feelings.  So do girls and boys and men and grandpas and grandmas and that young drunk woman over there who is unconscious lying behind the dumpster!!   Remember the feelings board?  This is Kindergarten stuff.

Maybe if that comes first, then this wouldn’t happen as often.

I posted the video below because it was awesome in its simplicity and its message.  Consent.  So in line with respect.

It really isn’t that hard.  Share it, breathe it, live it.

There are heroes to this story who should be applauded.  Not just for stepping in and helping a victim of a heinous crime, but for not even thinking about NOT helping.  There was no thought, only selfless action on their part.  THEIR 20MINUTES OF ACTION DESERVE MORE ATTENTION, APPLAUSE AND PRAISE. 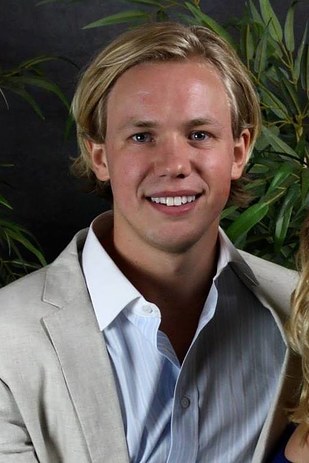 Carl Arndt and  Peter Jonsson ,both from Sweden