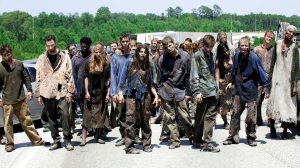 NOT a teen prom pic. although, it would make those grad pics a little more interesting…

Since Mother’s Day is drawing near and there are some mothers out there who need your love, I have compiled a list of tips for dealing with the strangest and complex of animals, the Teens.  Read it.  Frame it.  Present it to her on a silver tray with her FULLY PREPARED BREAKFAST, FLOWERS AND CHOCOLATE and you will be her favourite person EVER.

Teens don’t want to talk to you and often appear dazed and confused at the best of times, so having any kind of logical coherent conversation is a minefield of babbling randomness or total silence.  It’s a crapshoot, really.  AND, they would rather be connected to their phones than anywhere in your vicinity.  They don’t even want to acknowledge your existence in the universe let alone in their sphere of the world, so having any kind of repartee demands skill on your part…and actually paying attention, which let’s face it, to some of us is quite difficult.

Here are some tips when talking to teens to keep in mind: