Being a woman has become increasingly agonizing.  I’m not talking about the current landscape of women being paid less (we are) women being victimized (we are) and the women who speak out only to be victimized again (yup), I’m talking about the ever-raging battle we have with ourselves; our total lack of control over our bodies’ ability to wage a war we can never win.  Or better, a war we knew was imminent, but chose to ignore or hoped it would just fade into myth and legend because, really, who wants to deal with that shit?  The Big ‘M’, as I now refer to Menopause and all its glory, is to blame for all the calamity that has been occurring in my world the past month or more.  At least, that’s where I’m laying the blame, but who can tell now that wine has currently replaced any beverage deemed socially acceptable after 9am?

I know you’re looking for proof, because in this day and age of evidentiary documents no one can just take someone’s word for something anymore.  There needs to be written documentation, witnesses called, a committee formed, stuff examined…that’s not happening.   I’ll just give you the run down and you can take it for what it is.  A warning to all ladies entering this stage of shitdom.  You. Are. Welcome.

How I currently walk 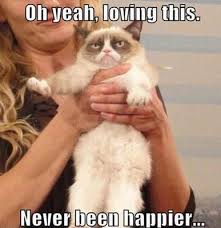 I’ve decided to just go with it and see where this shitshow lands.   I may have to rely on liquid therapy and a lot of ‘alone’ time away from actual people who may find me violently unpleasant.

Great.  I hope you all find the right therapy for you, your friends, your friends’ wives, the bus driver…whomever.

Stay healthy and stay away from the hair dye!

6 thoughts on “Of Wine and Womanhood”